The Basics of Autopsies

Autopsies have existed in some form or another for centuries. One of the first records of it being used for surgical purposes is found in the life of Galen (a disciple of Hippocrates). For a while, autopsies were associated with ancient brutality, but as religion and science converged, the practice gradually became an accepted procedure. It is now considered a legitimate means of medical examination by experts from a variety of fields. 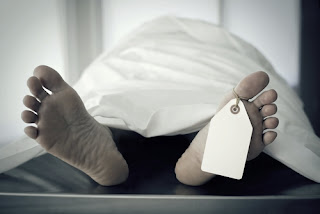 Why are they done?
Autopsies are medical examinations that are conducted in order to provide details about a death. Even if the cause of death seems obvious, the deceased could have had a condition nobody knew about while they were alive. Thus, autopsies shed significant light on the contributing factors of a person's demise; they offer information that helps determine what a person's health or state of mind might have been at the time of death.
How long do they last?
Provided there are no objections put forward, the autopsy is conducted as soon as possible. This is so that the family can plan the funeral and the person's body can be returned to them without unnecessary and painful delays. Additional tests by specialists take up to 10 weeks or, in some cases, even longer. The autopsy report cannot be completed until that process is finished.
Who is authorized to do an autopsy?
Autopsies are performed by doctors who have expertise in the examination of body tissues and fluids. Unless required by law (sudden death with suspicion of foul play, for example), no doctor can perform an autopsy without the permission of the deceased's family. A forensic pathologist is the primary doctor authorized to perform an autopsy.
Types of autopsies
Autopsies can be conducted for a variety of reasons, but there are generally three classifications:
Ø  Forensic: Typically entrusted to police surgeons, these autopsies are performed in cases of sudden, violent, or suspicious deaths that occur without medical assistance or during medical procedures (i.e., dying during surgery).
Ø  Clinical/Pathological: These autopsies are done to diagnose diseases for research purposes. They help explain the pathological processes that may have contributed to the person's death. Clinical autopsies are sometimes done to measure the quality of care in hospitals as well. They are done by a pathologist.
Ø  Anatomical/Academic: These are autopsies performed by anatomy students for practice (i.e., medical students). This is usually possible when a person has given permission for this prior to their death.
A means of closure


Although they can initially appear to be disrespectful to the dignity of the human body, it is important to remember that autopsies are not just medically useful; they can help people come to means with the death of someone they care about by providing them with clear reasons and explanations for why that person died. While autopsies are a difficult subject to broach with family members who have just lost a loved one, in the long run, the procedure is capable of providing peace and a significant amount of closure.

For more information about autopsies and the work of a forensic pathologist, connect with Dr. Howard Oliver on Social Career Builder: http://socialcareerbuilder.com/dr-howard-oliver/.
Posted by Unknown at 7:42 AM