The History Channel has had some extremely successful, engaging shows throughout its tenure, even if many of them don’t deal exclusively in history, or have anything to do with the past at all. One of the most compelling of those shows goes in the exact opposite direction, as Life After People chronicles just what would happen in the future if people were to suddenly disappear. 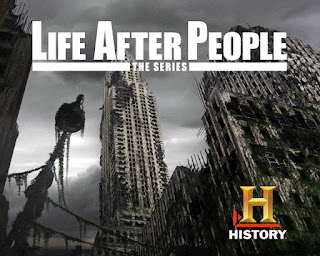 As a well known and experienced forensic pathologist, Dr. Howard Oliver was given the opportunity to star in several episodes of the show to discuss his knowledge in forensics, death, autopsies, and more.

Make no mistake, the show is not about any specific extinction event – it seeks only to show just what would happen to the planet in the absence of the human race. Life After People did not start out as a series, instead debuting as a two-hour special in 2008 which gathered nearly 5.5 million viewers. The overwhelming viewership gave rise to the series, which lasted two seasons and offered countless glimpses of a world run exclusively by nature.

The show uses spectacular CGI visuals to give a detailed picture of what the planet would be like sans humans. The fallout is shown progressively, explaining what an area might look like in 50 years, 500 years, and so on. These visuals are the key element of the program, because we are all obviously aware that if people were to disappear, things would get a bit messy. But being able to show the destruction precisely was the hook that many found difficult to turn away from.

Each episode of the two-year, 20-episode series had a different focus, showing the unique decay of numerous locations. Landmarks were used extensively to demonstrate the destructive force of nature, as the Washington Monument, Golden Gate Bridge, Gateway Arch, Space Needle, and many more meet their ultimate demise.

Animals are a large focus in Life After People, as they become the rulers of the natural world. The show explains that in a world without people, only the larger, more capable dogs will be able to survive, and will eventually merge with wolves to once again become predators. As for cats, they have a much better time of it, surviving due to their ability to climb and snare small prey.

Learning about the fate of different animal species and their new place in the natural world was necessary for context, but the real meat of the show, and what made it so popular, was showing exactly what would happen to familiar structures across the globe. For example, the Eiffel Tower eventually collapses due to corrosion, but does so in pieces, and it takes 1,000 years. It takes just 200 years for the Leaning Tower of Pisa to finally topple, with the Alamo joining it in pieces some 50 years later.

Dr. Howard Oliver made appearances in a handful of episodes including:


To learn more about Life After People and other shows that Dr. Howard Oliver has starred on, check out his TV Appearances page: http://drhowardoliver.com/tv-appearances.